Cambridge Muslim College’s BA (Hons) in Islamic Studies is a three-year degree programme rooted in authentic Islamic scholarship and engaged with the pressing issues of our time.

The Core Curriculum of the degree programme focuses on Islamic Studies through the study of classical texts, drawing most importantly on the core curriculum of the al-Fath Academy (Ma’had al-Fath) in Damascus but also on the programme at al-Azhar University.

In addition, the programme includes a set of modules in Contextual Knowledge and Skills, based on many of the elements of the College’s well-established Diploma programme. These modules are designed to enable students to think about how to contextualise and apply their learning in Islamic Studies in the most appropriate and beneficial ways.

There is currently no such course available in the UK, and its provision is a major contribution to the development of Islamic knowledge and leadership at a time of urgent need for the Muslim community.

The aims of the programme are:

The Student Handbook is provided to offer information on the programme of study, College policies and procedures, and the rights and responsibilities of students.

Please find below links to the current Student Handbooks: 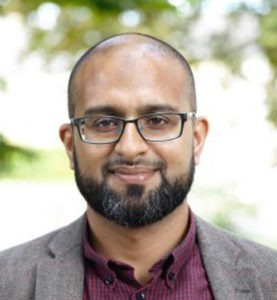 Sohail Hanif works on Islamic legal theory, with a focus on the Ḥanafī school of law. He received a MA and DPhil from the University of Oxford. His doctoral thesis, A Theory of Early Classical Ḥanafism: Legal Epistemology in the Hidāyah of Burhān al-Dīn ‘Alī ibn Abī Bakr al-Marghīnānī (d. 593/1197), studies the interplay of rationality and tradition in a major work of legal commentary. Sohail has also spent over a decade in Jordan where he studied a full curriculum of Islamic sciences with traditional ‘ulamā’. He was previously Head of Arabic Sciences at Qasid Arabic institute in Amman, an instructor in Islamic studies at Qibla online academy, and has taught undergraduate classes on Modern Islam and Qur’anic studies at the University of Oxford. He has also served as Head of Research and Development at the National Zakat Foundation. Email: sh@cambridgemuslimcollege.ac.uk 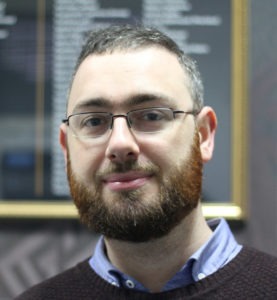 Dr Ramon Harvey is the Aziz Foundation Lecturer in Islamic Studies at Ebrahim College and a visiting lecturer at Cambridge Muslim College where he teaches Revealed Foundations on the BA in Islamic Studies. He received his MA and PhD in Islamic studies from SOAS, University of London. His research focuses on Qur’anic studies, philosophical theology, and ethics, both studying the intellectual history of these disciplines and making his own contemporary interventions. Dr Harvey’s first book, The Qur’an and the Just Society, was published by Edinburgh University Press in 2018. He is currently writing a second monograph for EUP in constructive Muslim theology, drawing especially from the Māturīdī tradition. He is also a member of the Editorial Board for the journal Comparative Islamic Studies. Email: rh@cambridgemuslimcollege.ac.uk 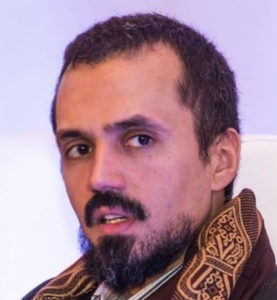 Dr Hisham A. Hellyer read degrees in law and the social sciences at Sheffield University before completing his doctorate at the University of Warwick. He studied the Islamic intellectual tradition, particularly spirituality, law and theology, with scholars in the UK, Egypt, Malaysia, & South Africa, receiving ijāzāt from a number of them. A visiting professor at the UTM Centre for Advanced Studies on Islam, Science and Civilisation in Malaysia, Dr Hellyer is Professorial Fellow of Cambridge Muslim College. His research interests in Islamic Studies include Western Muslim communities, and the interchange between Islam, contemporary Muslim thought & modernity. Well-known as an analyst and commentator focusing on politics and religion in the Arab world and Muslim communities globally in international media outlets, Dr Hellyer’s career has included positions at and affiliations with the Royal United Services Institute, Brookings Institution, ACUS, Harvard University, and the American University in Cairo. His books include “Muslims of Europe: the ‘Other’ Europeans” (Edinburgh University Press), “A Sublime Way: the Sufi Path of the Sages of Makka” (Fons Vitae & Dar al-Turath al-Islami) (co-author), “A Revolution Undone: Egypt’s Road Beyond Revolt” (Oxford University Press), and “The Islamic Tradition, Muslim Communities and the Human Rights Discourse” (editor)(Atlantic Council). @hahellyer Email: hh@cambridgemuslimcollege.ac.uk 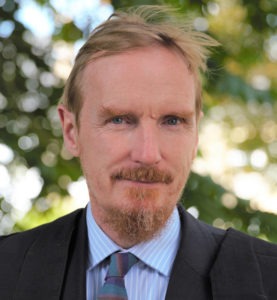 Cambridge Muslim College was the original vision of Abdal Hakim Murad, who continues to oversee and contribute to its work. Abdal Hakim was educated at Cambridge, Al-Azhar and London universities. He is currently the Shaykh Zayed Lecturer of Islamic Studies in the Faculty of Divinity at Cambridge University and Director of Studies in Theology at Wolfson College. He has published and contributed to numerous academic works on Islam, including as Director of the Sunna Project, and is a leading figure in inter-faith activity, notably as one of the signatories to the Common Word statement. He is well-known as a contributor to BBC Radio 4’s ‘Thought for the Day’. 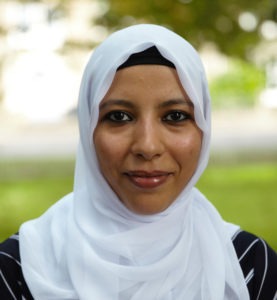 Dr Najah Nadi has a D. Phil from the University of Oxford and is the Aziz Foundation Lecturer in Islamic Studies at Cambridge Muslim College. Her doctoral thesis is titled Theorising the Relationship between Kalām and Uṣūl al-Fiqh: the Legal–Theological Hermeneutics of Saʿd al-Dīn al-Taftāzānī (d. 792/1390). Her thesis examines the appropriation and naturalisation of philosophical theology (kalām) and Arabic logic (manṭiq) into Islamic legal hermeneutics (uṣūl al-fiqh) and offers new insights on the features of Taftāzānī’s intellectual project. Dr Nadi completed several years of traditional training at al-Azhar Mosque’s classical reading-circles, receiving ijāzāt in various Islamic sciences. Her research interests include: epistemology, hermeneutics, fatwas and fatwa institutions; Islamic intellectual history and ethics. She has worked as a contributing editor for the Integrated Encyclopaedia of the Qur’an, a research assistant at Egypt’s Official Fatwa Council, IIT and the Centre for Islamic Legislation and Ethics. She has also taught in Egypt, the UK and the USA. Dr Nadi holds an M.A. in Religious and Theological Studies from Boston University and a B.A. in Islamic studies from al-Azhar University in Cairo. Dr Nadi has given a series of lectures and presentations on Shari’a, Muslim family law, fatwa, and legal hermeneutics in a variety of international contexts. Her teaching courses include Islamic legal theories, theology, Arabic logic and Islamic spirituality. She is currently a Fellow in Peace and Reconciliation at Virginia Theological Seminary (USA) and has been a junior fellow at the Holberg seminar on Islamic history at Princeton University (USA) since 2015. Email: nn@cambridgemuslimcollege.ac.uk 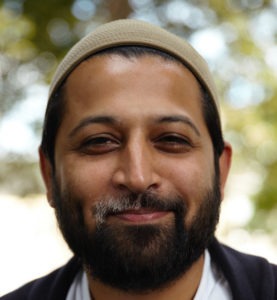 Yasser’s research interests rest in two main areas: the tradition referred to as the ma’qūlāt (Islamic rational sciences), focusing on the related disciplines of ‘ilm al-kalām (philosophical theology), uṣūl al-fiqh (legal theory), manṭiq (Logic), and falsafa (Islamic/Arabic philosophy). His second area of interest is the western philosophical tradition, focussing mainly on areas in Metaphysics, Logic, and the history of Medieval and Modern Philosophy. After undergraduate studies in Philosophy, Yasser read for a MA in medieval Arabic thought and is currently completing a PhD in Philosophical Theology at the University of Cambridge, with a thesis titled The Onto-Epistemology of the Beatific Vision in the Classical Ash‘arī School. In addition, Yasser has spent more than a decade studying the Islamic intellectual tradition – privately with scholars, as well as in traditional seminary settings – in Damascus and Istanbul. He has previously held the inaugural fellowship in Islamic Theology at ISAR Foundation, Istanbul; was Faculty Lecturer in Islamic Theology at the University of Istanbul, and continues to supervise undergraduate students for the Faculties of Philosophy and Divinity at the University of Cambridge. Email: yq@cambridgemuslimcollege.ac.uk

Tuition fees for the BA (Hons) in Islamic Studies are £6,000 per annum.

The College is able to provide accommodation or offer further financial support where needed and where possible. Within the limits of its resources, the College is committed to making its programmes available to all successful applicants regardless of means, and to supporting them appropriately as students of sacred knowledge who intend to serve their communities.

Regulations for Validated Awards of The Open University

Applications for the BA (Hons) in Islamic Studies 2020 – 2023 are now closed. The Admissions Panel is willing to consider any exceptional applications received after the deadline.

*Details about the location and course provider for the one-year prerequisite Arabic Intensive will be available in coming weeks.

Students seeking financial support will be required to fill out a financial aid application form if shortlisted for an interview. ***
***Please note, financial need does not impact admission offers.

The College is currently only able to accept UK and EU nationals. Non-EU nationals can only be considered if they already have the relevant visa status demonstrating the right to full-time study in the UK. Such evidence must be shown and discussed at the time of application, and again at interview.

If you have any questions about the application process, please email:
admissions-ba@cambridgemuslimcollege.ac.uk

When will the next round of applications open?

Information about the next round of applications will be announced at the end of 2020.

1. What is the eligibility criteria for entry onto the BA?

Applicants need to be 18 years old or more at the point of enrolment and will normally be expected to have achieved at least three B grades at Advanced (‘A’) Level qualifications, or equivalent. If you are still studying for your A Levels, your predicted grades should be submitted as well as the best eight GCSEs achieved. Mature applicants who already have a first degree are judged on the relevance of their qualification as well as their degree classification.

2. Can you provide some more information on the prerequisite Arabic intensive year and what level of Arabic is required to begin the first year of the BA?

Further information about the Arabic intensive year and the level of Arabic required before beginning the BA will be announced shortly.

3. If I am an international student can you help me get a student visa and am I eligible for a scholarship?

The College is currently only able to accept UK and EU nationals. Non-EU nationals can only be considered if they already have the relevant visa status demonstrating the right to full-time study in the UK. Such evidence must be shown and discussed at the time of application, and again at interview.

1. Is there College accommodation for couples or a family with children?

2. What are the expected living and tuition costs?

Tuition fees for the BA are £6,000 per year. We estimate living costs in Cambridge to be £260 a month, not including accommodation. If your application is shortlisted and you need to apply for financial support, you will be required to fill out a financial aid form for assessment. Financial need does not impact admission offers.

1. How many students are expected to be on the course?

There will be up to 20 students in the BA cohort.

2. What is the average class time per week?

1. Can I come and visit the College before applying?

Yes, we will be having an Open Day on 6 February where you can come to the College, meet the Faculty and some current students. You must register in order to attend.

2. When will interviews be held? If I am abroad can I have an interview via Skype?

If your application is shortlisted you will be notified and invited to attend an interview at CMC during May 2019. If you are abroad or unable to come in person we can arrange an interview via Skype. We are unable to delay interviews past this period to ensure that the admissions process is completed in time.

If you have further questions about the application process, please email:  admissions-ba@cambridgemuslimcollege.ac.uk

Cambridge Muslim College’s Online Learning Platform, home to exclusive Lecture Series and Courses that you can take at your own pace and in your own space. Visit our online learning page to find out more

An ongoing lecture series by Shaykh Abdal Hakim Murad, highlighting exemplary figures in Islamic history of every generation, geography and gender – drawing out particular lessons for us all