The story of Cambridge Muslim College began in 2002, when the Trustees of the Muslim Academic Trust (Yusuf Islam, Abdal Hakim Murad, and Tijani Gahbiche), agreed in principle to the idea of founding a fully-fledged college for training Muslims in the classical Islamic sciences in the city of Cambridge. 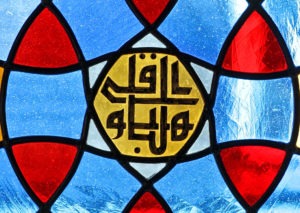 The plans developed, despite a series of fundraising difficulties, through a set of meetings and consultations with senior University personnel. The then-Vice Chancellor Alison Richards offered important insights into the best way of building relationships between the University and the College as a new independent institution. Reader in Church History Dr David Thompson, the world’s leading expert on the history of theological institutions in Cambridge, and the Regius Professor of Divinity David Ford, both contributed to the team’s sense of how such an institution could maintain an important and distinctive identity in the wider Cambridge scene, and connect with Cambridge’s existing theological colleges and centres of religious research. A wide range of Muslim scholars were also consulted, including the late Dr Zaki Badawi, Shaykh Said Ramadan al-Buti, Shaykh Zayd Shakir, and Shaykh Abd al-Fattah al-Bizm, all of whom contributed a rich store of advice (nasiha) and practical counsel.

The search for a building began. The Cambridge property market is limited and expensive, but it was clear that finding an iconic building which could announce the College’s seriousness as a local institution was essential.

Parallel with the ongoing search for a building, the Trustees held a major international conference in 2008, bringing together leading scholars and Muslim educationalists to discuss the question of Muslim higher education for men and women in a Western context. From that event the idea of the College took shape: a recognised centre of excellence offering a BA and MA in Islamic Studies, taught by a team of Islamic scholars in conjunction and collaboration with the expertise available at the University of Cambridge. The BA would be grounded in classical text study, drawn fundamentally on the core curriculum of the Al-Fath Academy (Ma’had al-Fath) in Damascus, whose director Shaykh Farfour supplied detailed copies of its undergraduate curriculum and reading lists. The first year would be dedicated to intensive Arabic language acquisition. Side by side with this curriculum would be taught a range of contemporary disciplines, including Western history, philosophy, and science, and the knowledge of non-Muslim religions. The purpose would be to generate a new cadre of highly-qualified male and female Muslim leaders capable of inspiring and guiding communities in the challenging environment of modern secular Britain. 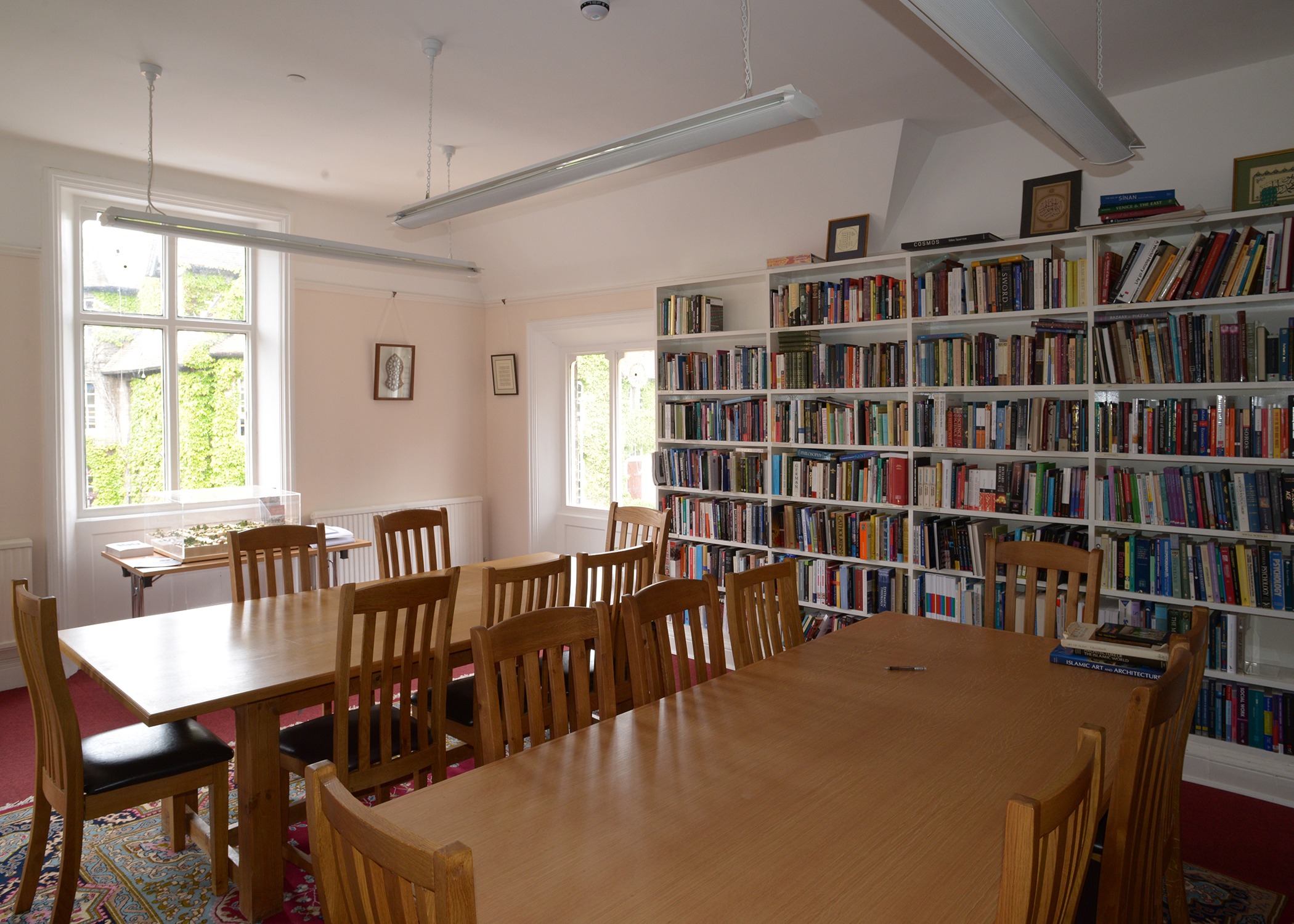 The MA programme would take the form of a part-time, two-year research-based qualification. A series of specialised seminars would be combined with the possibility of learning other Islamic languages, and also German, a key language for Islamic studies in the West. Those with little or no Arabic would have the opportunity to take their Arabic studies further. The objective will be to allow students to gain research skills necessary to enable them to apply for a PhD in a major university; but the MA is also envisaged as a valuable terminal degree in its own right.

An intensive year of curriculum design then followed, ably led by Cambridge PhD students Mujadad Zaman and James (Abdul Aziz) Brown, working out of the College’s first office situated in Wellington House on East Road. One outcome of this was the detailed design of the Diploma in Contextual Islamic Studies and Leadership, to be based on the ‘non-traditional’ segment of the proposed BA curriculum. It was agreed to launch the CMC’s teaching programme with this Diploma, which was designed to be useful to alims of Islamic colleges, madrasas and dar al-ulums who wished to understand Islam’s relationship to the leading intellectual, legal, social and scientific trends of modern Britain. The delivery of the Diploma would give the College the necessary experience on which to build the more ambitious launch of its BA programme, following the recruitment of three lecturers and one professor.

While the search for a suitable property went on, the College was delighted to accept the generous offer of space at the Margaret Beaufort Institute of Theology on Grange Road. It was here that in 2009 we welcomed our first Diploma students. The teaching space was cramped, but it seemed that everyone who visited us remarked on the blessings that they found in the building. In that year, too, we appointed our first Principal, Dr Michael Berdine (Muhammad As’ad), a former academic at the University of Arizona with a lifetime of experience in university administration. With his scholarly and human gifts, our Principal played an essential role in nurturing the College in its earliest years. 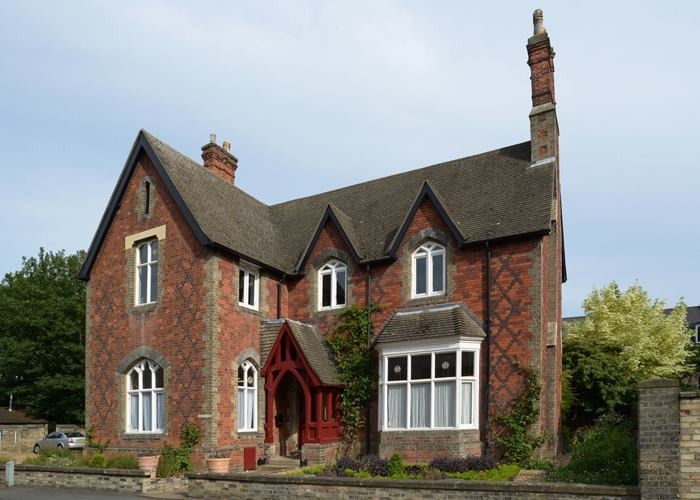 In 2011 the College acquired the freehold of its current ‘campus’ at 11-14 St Paul’s Road, for which it paid the sum of £3.1 million. This magnificent former vicarage with its associated row of almshouses was designed in 1847 by Sir George Gilbert Scott. Scott (1811-1878) was one of the greatest Victorian architects, responsible for Gothic masterpieces such as the Albert Memorial and Glasgow Cathedral. Following our extensive refurbishments, the main building now includes a library, lecture rooms, kitchen and refectory, a dedicated women’s area, prayer room and ablutions facilities, as well as rooms for office staff and research fellows. The former almshouses offer further studies for academic staff and an Arabic library.

The College is always looking to the future. Recognising the enormous demand for authentic Islamic knowledge delivered in a religiously-observant learning environment, CMC has commissioned local architects 5th Studio to create designs for the currently empty land behind the almshouses. The exciting designs incorporate a large auditorium and prayer room, gardens, a dedicated women’s zone, lecture and study spaces, a combination room, and a range of other academic and social spaces.

It is the College’s aim, by Allah’s grace, to serve the Muslims of Britain and abroad by supplying education at the very highest level. With a full commitment to values of Islam and the most authentic classical Islamic scholarship, and equipped with a critical and deep awareness of the nature of modernity and contemporary British and European contexts, the College hopes to be a flagship institution of which Muslims everywhere can be deeply proud. We invite all people of goodwill to work together with us to further this vision.